Almere is large, modern, trendy, lively and always on the move. The Apollo Hotel Almere City Centre is located in the heart of the city*, directly next to the city theatre and within walking distance of its many retail outlets, the mega-cinema and a world of different restaurants and cafés.

In Almere, however, you will find more than just recreational opportunities. Almere is working hard on proving itself as a student city and centre of business. On the edges of Almere Centrum station, over 130,000 square metres of office space is emerging, also incorporates the World Trade Center.

The architecture and design of the Apollo Hotel Almere City Centre seamlessly blends with the pioneering, futuristic style of the city itself. The hotel has 117 design rooms, a bar/lounge, conference rooms and the trendy restaurant ‘SaladaSamba’.

In the city centre and at the hotel paid parking is available on the street sides and garages).

*The Apollo hotel is located directly adjacent the Esplanade, the square where start, transitions and finish will take place. 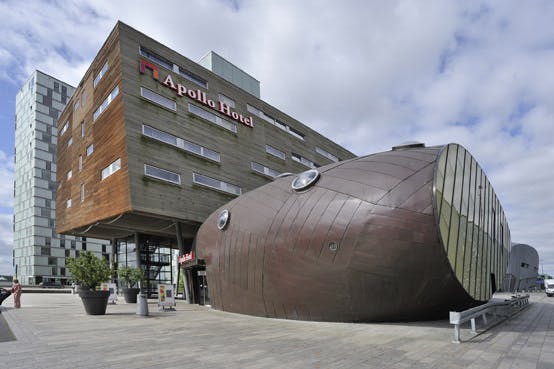 Bookings for Apollo Hotel Almere City Centre need to be made via info@challenge-almere.com

*Rates including breakfast and WIFI