With the Dutch National Championships Duathlon on it’s way – on April 11th this Championship will be organized in Almere – National Duathlon coach Armand van der Smissen is looking forward to a great race, but also a step further. “This is a nice step towards the World Championships, which will be held in Almere in September. Such an important race week in The Netherlands, that’s the best there is.”

For both races Van der Smissen is hoping for excitement. “As a coach I always believe it’s important that there will be a strong field of athletes. Whether it’s pros or Age Groupers: it doesn’t really make any difference. That’s why it’s also good to know that the National Championships Duathlon will immediately be the qualifying moment for the World Championships Duathlon.”

‘Join the World Championships with as large a team as possible’

The Dutch qualification requirements for the elite may be slightly lower than in other years, but according to Van der Smissen there is a very clear reason for this. “This World Championships in Almere forms ‘home races’ so our approach is to join with as large a team as possible. I think we have a moral duty to support this event. But I also think that we have to show ourselves the best we can and our athletes must be able to race at the front.”

Van der Smissen is really looking forward to the World Championships. “This is the best promotion for the sport. These are the races where you want to be part of. I already know a number of elite athletes of whom you might not expect it immediately, who are very motivated to be at their best in Almere. I like this.”

‘Amazing things can happen in Almere’

Van der Smissen also thinks a step further and tries everything to enthuse as many elite athletes as possible for the World Championships. “I am thinking about athletes who are strong at stayer triathlons, such as Marco van der Stel, Quinty Schoens, Maya Kingma and Donald Hillebregt. Of course I know that for a large number of these athletes the Olympic Games are the main goal, but of course I would like to have them at the start of the World Championships as well. They would have an enormous added value for the Dutch team. I’m sure amazing things can happen in Almere.” 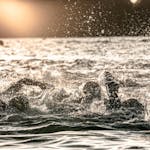 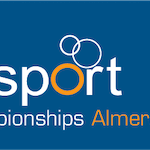 Reminder: ITU Multisport World Championships moved to 2021, options ‘regular’ Challenge Almere-Amsterdam 2020 in research: decision by July 1st at the latest
June 18, 2020
Following our previous message, in which we indicated that after...